Anchorage- The Jac Colon Momentum meetings have ended with about fifty people uniting with the Seventh-day Adventist movement so far! Watch a video of inspiring testimonies. For 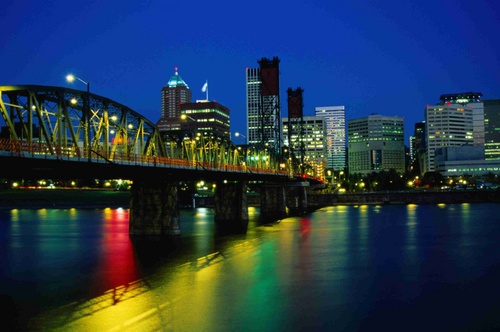 information on how to be a part of the eight-night satellite downlink April 19-26 with Jac Colon from Anchorage click here.

Portland- The Shawn Boonstra “Revelation Speaks Peace” meetings continue at the Portland Convention Center. There have been some serious decisions made over the last few meetings. There is a “guest” list of over 1600 that have attended at least one meeting. Over 200 guests that have only missed one meeting out of the first fifteen. Recent calls for decision saw 184 decisions for Christ, 131 decisions to keep Sabbath and 95 requests for baptism. Praise the Lord! This is what happens when God’s people work and pray! This is just the first round of requests, there are more to come. Close to one hundred are attending a “Freedom from Addictions” class after each meeting. All Seventh-day Adventists in the Portland area are invited to join Shawn Boonstra and the full team and guests in a special Sabbath service at the Convention Center on Sabbath, February 23 and March 1. If you would like copies of the handouts for each meeting click on this link- http://www.unlockthesigns.com/host/resources/downloads.html

Seattle- The Burien Spanish Group began in December 2007 with eighteen dedicated church leaders forming a nucleus to cover all the departments of the new church. Their goal is to have two baptismal services every month to keep them focused on their mission.

Spokane- Plans are being laid for the Byron Corbett/John Bradshaw Momentum satellite series this fall, with recording with a live audience in October and satellite broadcast on the Hope Channel November 8-15, 2008. Click here for a planning sheet for the July-December 2008 Harvest Cycle. Several dozen church members are being trained to be lay Bible instructors to follow up requests for Bible studies from a recent mailing. The Upper Columbia Conference reports a increase of one hundred people baptized in 2007 over the previous year throughout the conference!

Spanish Work-NPUC & Conference Spanish Coordinators and Pastors throughout the NPUC are working actively to prepare for a number of one week reaping events by recently retired South American Division Evangelist Alejandro Bullon. Church members have formed evangelistic small groups and are actively studying the Bible with their friends and neighbors.

Comments Off on Exciting News from Anchorage, Portland, Seattle, Spokane and Spanish Work